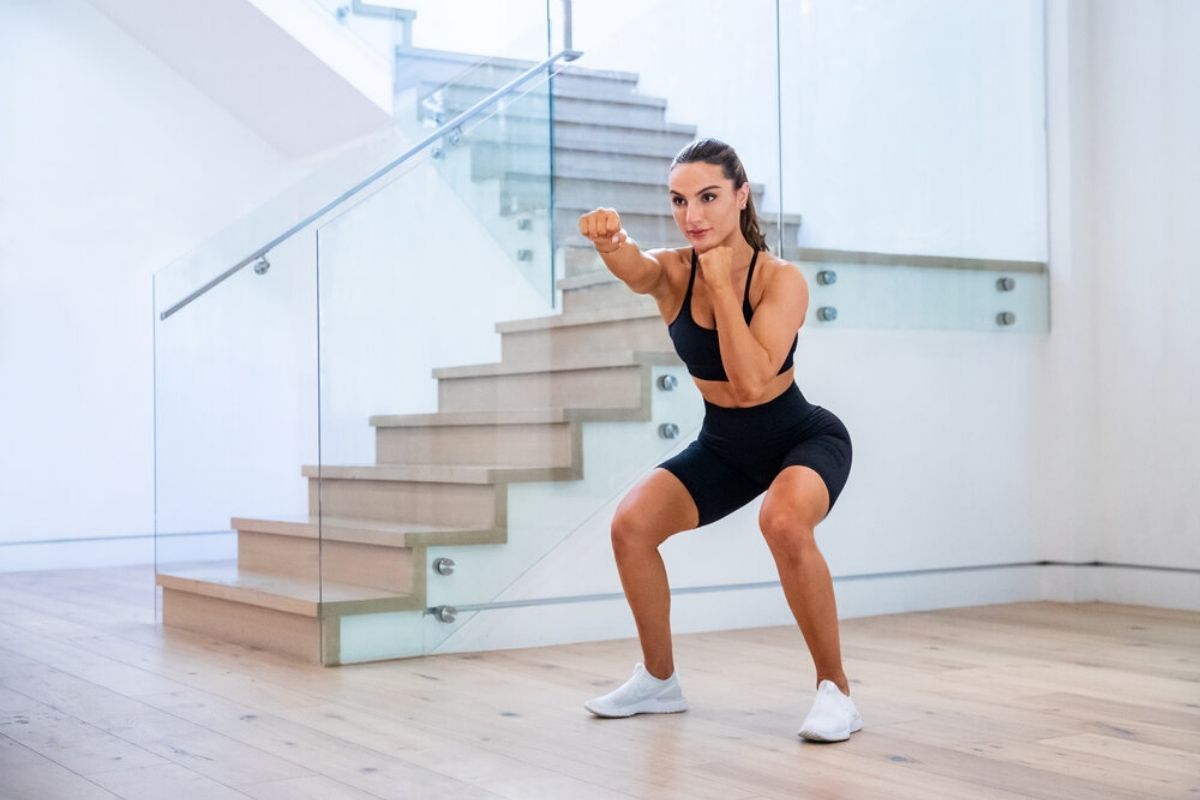 By Piroska VighPosted in Fitness, Lifestyle, Self Care
Spread the love

Kayla is one of the most popular fitness influencers on Instagram. You see her videos and clips everywhere. Facebook, Pinterest, TikTok, she’s been creating content since 2015. Kayla is our number one Australian fitness influencer, personal trainer author, and entrepreneur. She came out with Sweat with Kayla in 2016 which is a workout app and absolutely blew everyone’s mind. This fitness app generated more revenue than any other fitness app before.

Back when Kayla was still figuring out her career, women generally wanted abdomens, toned arms, and smaller inner thighs and they were concerned about becoming too bulky. Kayla was helping friends with their fitness and slowly started posting photos on Instagram. She gained followers very quickly through Instagram as her videos were quite unique in those years. Today she has a total of 13.5 million followers on Instagram and still makes amazing content. Kayla is our number one of the many female fitness influencers.

Krissy is definitely my favourite of the fitness influencers and workout influencers. I’ve been following her personally for years when she was just making content on Youtube. Since then Krissy has been a role model for so many. With a following of over 2 million, she owns two companies that are empowering and helping women all over the world. Oner Active is an activewear brand she founded just a year ago and since it’s been doing amazing. Tone and Sculpt App is a fitness app that focuses on longevity and consistency. She is also the author of the book “Do this for you”.

Her mission is to help as many women as possible to change their lifestyle and instead of looking for quick fixes, to build long-lasting habits, having a healthy relationship with both food and exercise. She still makes plenty of free content on both Instagram and Youtube, despite her two massive companies. Krissy also created a Facebook group which became a sanctuary for women. You can talk about any topic you want to, the “familia” (term Krissy uses for her friends/followers) will always help you! Check out her fit girls Instagram.

Grace Beverley, this woman has achieved so much in a short period of time. One of the most famous fitness influencers and Instagram fitness influencers she proved to everyone how hard work can pay off. She started selling her workout and diet guides while she was still in college, just as a way to make some extra money. Shortly they blew up and Grace received the opportunity to work with brands like Gymshark and Genflow. Grace didn’t need these companies for much longer as she slowly created her own empire, or should I say empires: Tala and Shreddy. How many female fitness influencers have built empires like this? Surely not many.

Shreddy was originally GraceFitUK, fitness guides, and clothing/gym accessories. Now Shreddy is an amazing fitness app and sells gym accessories. Tala is a sustainable clothing brand made for the gym but also outside of the gym. At the age of 23, Grace made Forbes 30 under 30 lists. Since then she is growing her company and became an author of “Working Hard, Hardly Working: Redefining Productivity in the Modern World”. Let’s see what else we can expect from Grace in the future, I’m sure she will amaze everyone.

Monica Jones is a rising star and one of the best black fitness influencers in our opinion. She is a program director at BASH Boxing in Arlington and an Under Armour athlete and model. Her following is over 22k on Instagram and growing day by day. Monica was not always into fitness, she used to struggle in her early 20s, having issues with dysmorphia and bulimia. Thankfully she overcame this as she started to help others get better physically.

Monica became a certified personal trainer and was ready to change some lives. She created a guided program called Adapt during the pandemic. The reason behind this was to help people with weekly workouts and mindfulness routines. After all, what is physical health without mental health? She’s just one of the many awesome Instagram fitness influencers.

The amazing Danyele Wilson, trainer for the Tone & Sculpt App (founded by Krissy) she’s another one of the black fitness influencers that will inspire you. With a following of over 270k on Instagram, Danyele is ready to conquer the world with her positive energy. She has been an athlete her entire life. Started gymnastics at 2 years old and did cheerleading throughout high school and university.

After keeping some HIIT and functional strength training sessions, she was asked to coach at the gym. Later she became a qualified fitness coach and started to post more and more on Instagram and help people. Danyele’s style is HIIT, strength training, TABATA, EMON. These are all really tough and so is she. A true athlete, definitely the most authentic black fitness influencers out there and fitness influencers on Facebook.

You might know Melissa Alcantara as the trainer of Kim Kardashian. Melissa is so much more, one of the best fitness influencers and Latina fitness influencers, and a mother. Her journey started after her pregnancy when she just wanted to lose weight and get in shape. Training slowly became her passion and she later earned fame through being the trainer of Kim Kardashian.

Since then, she has won bodybuilding competitions, featured in “Women’s Health Magazine”, created an 8-week fitness plan with her husband. She also posts videos on youtube and created free content on Instagram. Melissa was just another woman who wanted to become healthy and change her life for the better. Little did she know she will be famous for it, and we really love this!

Robin Arzon, the face of Peloton, is one of the many Latina fitness influencers and Instagram fitness influencers. She is a breath of fresh air, however, she wasn’t always into fitness. She finished law and wanted to pursue a career in this field. Due to an unfortunate situation, she was taken hostage and that trauma made her start running. Running was like therapy to her, to clear the mind of these thoughts she kept having.

Robin soon left her law career to pursue a career in fitness. She did some freelancing as a sports reporter, however, her big moment was when she joined Peloton in 2014. Two years later she was made Vice President of Fitness and Programming of Peloton. Since then, just like the other fitness influencers on our list, she changed thousands of lives. Robin also has a masterclass on Mental Strenght. Check out Robin’s fit girls Instagram account.

Let’s see another one of the inspiring black fitness influencers, Jeanette Jenkins. She is the founder of the Hollywood Trainer fitness company. She became famous when she won on Fear Factor. Jeanette was the first female to ever win on Fear Factor. Today she’s one of the 17 experts chosen for Nike Corp.’s Elite Athletes program. She has trained celebrities like Kelly Rowland, Queen Latifah, Pink, and so on.

Jeanette, fitness girl influencers, has really done it all. She has over 19 certifications including nutrition and kinesiology. Having experience of over 25 years in the fitness industry, even at the age of 47 she is a role model to many. One of her quotes is “Push past the challenge and you will receive your breakthrough. Don’t ever give up”. She really is inspiring and winning life next to the rest of the female fitness influencers.

Cassey Ho is really a legend and one of the first fitness influencers to make it big on Youtube. Her love for fitness started at an early age, she was still in college. She started posting videos on Youtube in 2009 when nobody would really know anything about fitness. When women wouldn’t work out the same way as men. Cassey moved to Los Angeles and was a part-time Pilates instructor. Her videos really skyrocketed.

Her first ever video was called Pop Pilates: Total Body Sculpt video, however, the quality was awful. Later people would start to request more and more videos and that’s how she got famous. Since then Cassey owns a website that sells fitness apparel and keeps on uploading videos on Youtube while being humble and amazing.

Whitney Simmons, a fitness girl influencer, is someone I looked up to for a while and followed her since her early days on youtube. She’s one of the best female fitness influencers and workout influencers on Youtube. Whitney started posting Youtube videos while she was in college and still having a full-time job. She became quite famous and grew a channel of over 2 million followers and on Instagram, she has 3.2 million followers.

Whitney is a Gymshark and Alani Nu athlete. She is the co-founder of Tolucaswim, a swimwear brand created for everyone, and the founder of the fitness app “Alive by Whitney”. Whitney is also a “Psoriasis Warrior” an autoimmune disease that shows through the skin with red bumps. She has been very self-aware about this, however, she now embraces the beautiful marks on the skin and encourages others to do the same.

These fitness influencers on Facebook and workout influencers have struggled at some point in life and now they are here to help with your fitness goals. So why not join the fit girls Instagram and fitness girl influencer world and make a difference in your life.

PIN it: Our 10 favourite fitness girls on Social Media